In addition, the Plenary Committee received reports from each of the lettered committees.

The Life Insurance and Annuities (A) Committee

During this meeting, the Life Insurance and Annuities (A) Committee adopted minutes from its July 10 conference call. It also adopted reports from its task force and working groups. Of note, the Annuity Suitability Working Group continued its discussion of outstanding “parking lot issues” and agreed to form a technical drafting group to develop an initial draft of proposed revisions to the Suitability in Annuity Transactions Model Regulation (#275). 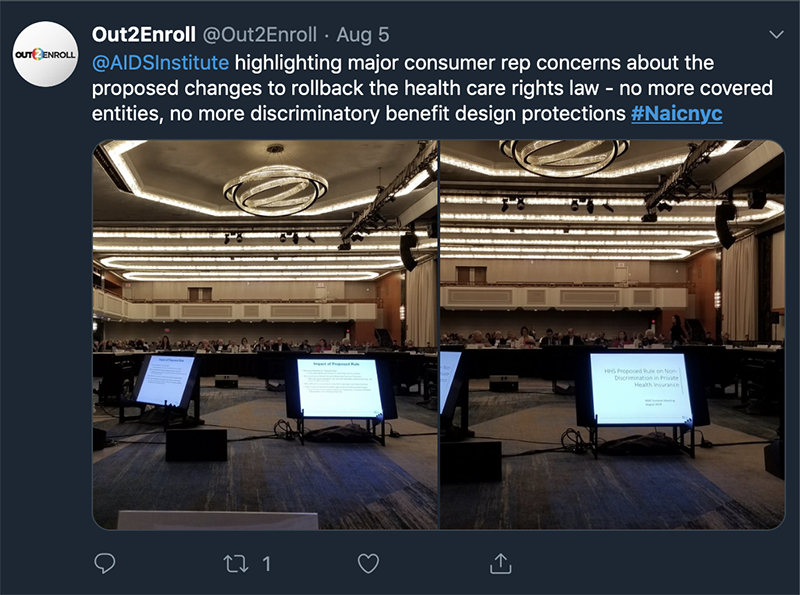 The committee voted to create two new working groups. The first was formed to implement the committee’s charge on retirement security.  The new Accelerated Underwriting Working Group will consider the use of external data and data analytics in accelerated life underwriting.

The Health Insurance and Managed Care (B) Committee heard an update from the Center for Consumer Information and Insurance Oversight on its recent regulatory activities. It also heard about initiatives taken by federal administration officials to encourage competition, state flexibility and innovation. The briefing included how the newly finalized HRA rule is intended to make it easier for small businesses to compete with larger businesses by creating another option for financing worker health insurance coverage.

The committee also received a briefing from the NAIC Center for Insurance Policy and Research (CIPR) on its research study “Rising Health Care Costs: Drivers, Challenges and Solutions.” The Committee adopted its subgroup, working group, and task force reports.

The committee also adopted the Post-Disaster Claims Guide as a state regulator resource providing consumers with information about claims reporting and handling following a natural disaster. State insurance departments can include state-specific info and can brand the document with their own DOI information.

Finally, the committee recognized the Casualty Actuarial Society (CAS) and the Society of Actuaries (SOA) for their NAIC-accepted actuarial designations. 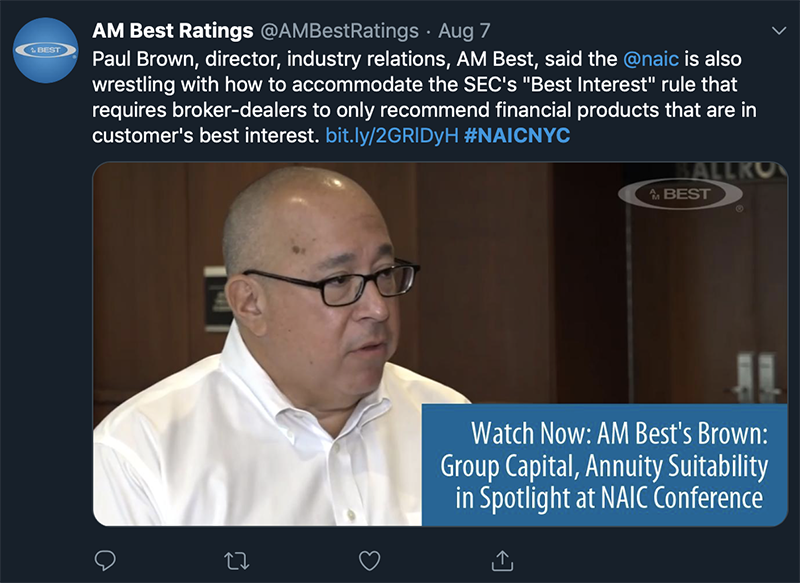 During their meeting, the committee discussed updates to the Best Practices and Guidelines for Consumer Information Disclosures.  Consumer representatives provided extensive suggestions for revisions including research on how to best design effectives disclosures for consumers and utilizing post-deployment testing and evaluations.

he committee also discussed a proposed charge for the Advisory Organization Examination Oversight (D) Working Group to “ensure that organizations that engage in advisory organization activities are properly licensed and subject to appropriate regulatory oversight.” Ultimately, they referred the charge to the Big Data (EX) Working Group.

The committee additionally discussed a charge expected to be referred to it from the Innovation and Technology Task Force to review state insurance privacy protections regarding the collection, use, and disclosure of information gathered in connection with insurance transactions and make recommended changes as needed to NAIC models.

The Financial Condition (E) Committee adopted reports of its task forces and working groups. The committee also adopted meeting minutes including the May 28 conference call, where they adopted the updated credit for reinsurance models.

The Committee allowed an extension from the Mortgage Guaranty Insurance Model Act (E) Working Group, who is in the process of modifying model 630 which provides requirements on monoline mortgage guaranty insurers. They also discussed proposed changes to charges from the Restructuring Mechanisms (E) Working Group and its subgroup. The Receivership & Insolvency (E) Task Force proposed changes to a model guideline dealing with Stay on Termination of Netting Agreements and Qualified Financial Contracts. Those proposed changes will be discussed prior to the Fall 2019 National Meeting.

Financial Regulation Standards and Accreditation (F) Committee met in a regulator-only session to discuss state-specific accreditation matters and voted to award continued accreditation to the insurance departments of Montana, Pennsylvania and Utah.

In open session, the committee discussed adopting key revisions to Part D of the accreditation program which addresses primary licensing, mergers and acquisitions. The goal of the revisions is to promote stronger communication among states and reduce risks associated with licensing new companies.

Modifications to the accreditation standard will be considered in accordance with the normal processes and procedures outlined in the Accreditation Program Manual, beginning with a formal recommendation to the F Committee from the Reinsurance Task Force at the 2020 Spring National Meeting. In the interim, states are encouraged to adopt the 2019 revisions in the form adopted by Plenary within the 60-month timeframe set forth in the Covered Agreement to best avoid potential federal preemption.

The International Insurance Relations (G) Committee adopted the report of the ComFrame Development and Analysis (G) Working Group which provided input on issues related to the insurance capital standard (ICS) and the monitoring period process and to hear an update on the ICS and aggregation method field testing processes.

The committee held a discussion with interested parties on projects of the IAIS, focusing on the holistic framework on systemic risk, the ICS and monitoring period and the new IAIS strategic plan for 2020-2024. The IAIS Secretariat was on hand to provide updates on each topic.

A written update was circulated including activities related to the IAIS, regional supervisory cooperation, the OECD and the Financial Sector Assessment Program. 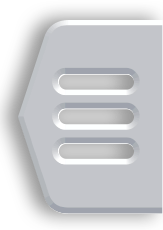