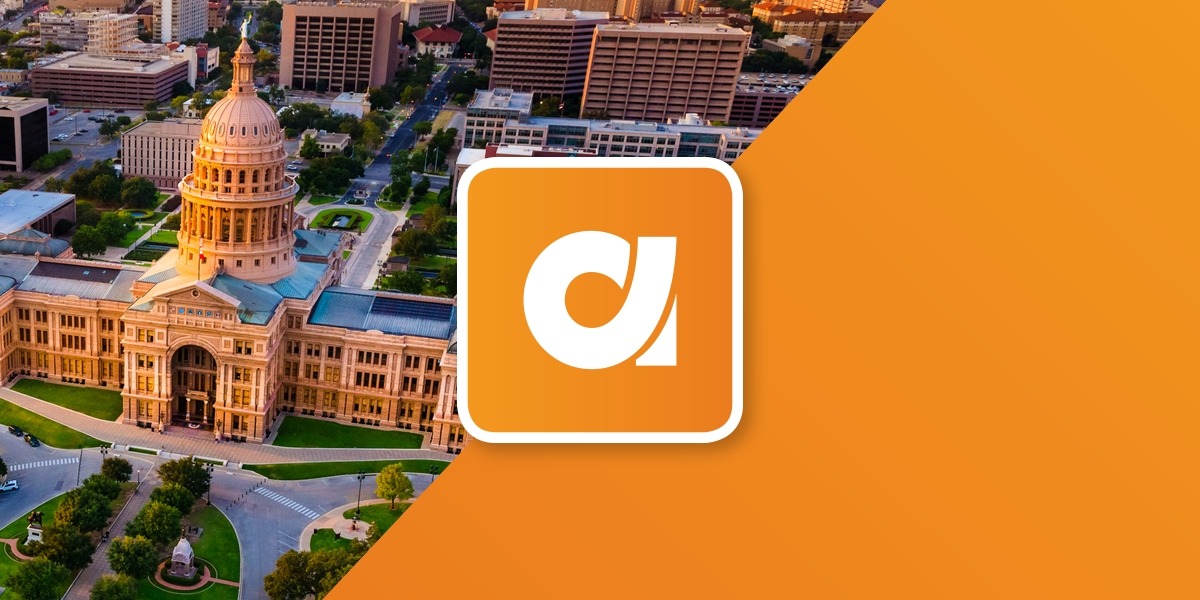 The NAIC approved its 2020 budget. The budget is based on $114.5 million in operating revenues and operating expenses of $124.5 million. The proposed budget includes 5 fiscals and these fiscals are included in the budgeted numbers. The proposed fiscals are in alignment with the State Ahead strategic plan and enhance the important regulatory support provided to the members. In addition, total funding of $324,500 was approved by the Executive (EX) Committee to hire a firm to conduct a SERFF assessment during the first half of 2020 which increases 2020 operating expenses to $124.8 million.

After including nearly $3.2 million of investment income, the NAIC’s proposed budget reflects a reduction in Net Assets of $7.2 million. This budgeted reduction reflects the NAIC’s commitment to fund many of the State Ahead initiatives by leveraging its current financial position with minimal changes in the revenue structure.

The second year of the NAIC's State Ahead strategic plan has shown tremendous progress on implementing many of the projects identified as part of our three-year plan. As of the end of November there are 93 projects in the State Ahead portfolio. Completed projects total 39, while work on 36 projects is ongoing, with another 18 projects scheduled to begin later this year and in 2020. These projects will advance the NAIC’s mission to support state insurance regulators in a number of areas.

LIFE INSURANCE AND ANNUITIES (A) COMMITTEE

The Life Insurance and Annuities (A) Committee reviewed comments received on the Nov. 5 draft revisions to the Suitability in Annuity Transactions Model Regulation (#275).  At the end of the meeting, the Committee approved the draft as revised during the meeting, with the exception of the disclosure templates in the appendices. The committee referred the Appendices back to the Annuity Suitability Working Group to consider the comments received on the disclosure templates.  The Annuity Suitability Working Group held a conference call to discuss the appendices on Dec 19. The committee held a conference call on Dec. 30 to consider adoption of the proposed revisions to Model #275, including any changes to the disclosure templates the Working Group made during its Dec. 19 conference call.

Society of Actuaries (SOA) Committee on Life Insurance Company Expenses submitted its Generally Recognized Expense Table (GRET) analysis to the Life Actuarial (A) Task Force for the upcoming year. The SOA followed the same methodology in developing the 2020 GRET as last year for the 2019 GRET and was adopted by the Committee in November. The Committee also adopted Actuarial Guideline LII—Variable Annuity Early Adoption (AG 52) on its call in November. The NAIC adopted the 2020 GRET and AG 52 on Dec. 10.

The Health Insurance and Managed Care (B) Committee heard an update from the Center for Consumer Information and Insurance Oversight (CCIIO) on its recent regulatory activities. CCIIO Director Randy Pate provided the Committee with a snapshot of the current open enrollment period, including current application and enrollment numbers. He highlighted the affect of the Section 1332 waivers in reducing premium costs. Pate also highlighted the steps the Trump Administration has taken to improve price transparency in health care.

The committee heard a presentation from Charles Silver, the co-author of the book “Overcharged: Why Americans Pay Too Much for Health Care.” During his presentation, Silver highlighted the major problems he sees in our health care system causing high health care costs. Those problems include fraud, waste and abuse, opaque prices, surprise bills and high prescription drug costs. He offered solutions to address these problems, including the idea of letting the insurance-driven spending cycle burn itself out and letting the market resolve the problems through the retail health sector.

The Committee received a federal legislative update on congressional legislation and administrative actions of interest to the Committee.

The Committee also adopted a document titled “Considerations for State Insurance Regulators in Building the Private Flood Insurance Market” which provides actions regulators might take to help facilitate the growth of the private flood insurance market in their states.

The Committee heard a presentation from SBP, a disaster relief organization, on actions this nonprofit takes to build resilience and mitigation among citizens. States have expressed interest in sharing resources with SBP in helping to prepare communities for natural disasters.

American Property Casualty Insurance Association (APCIA) and the National Association of Mutual Insurance Companies (NAMIC) also presented on the challenges regarding underinsurance and steps the industry is taking to work on the issue, including educational efforts and how the industry can collaborate with regulators.

The committee received an update from the United States Department of Agriculture and the National Crop Insurance Services on the status of federal crop insurance and private crop-hail insurance and how the entities continue to work with regulators.

Finally, the committee announced that state insurance regulators are finalizing review of private passenger auto state exhibits and a report created from data received from statistical agents. The NAIC anticipates releasing the report and exhibits in the coming weeks.

Also adopted by the NAIC was a Post-Disaster Claims Guide. The claims guide provides information on steps to take following a disaster, including how to report an insurance claim, information on additional living expenses, types of adjusters, depreciation, ordinance and law coverage, assignment of benefits, insurance fraud and several other topics. The document also includes logs for consumers to use to record claim information, adjuster information, contractor information, claim communication, and emergency repairs.

The Market Regulation and Consumer Affairs (D) Committee adopted a Workers’ Compensation Standardized Data Request, which will be incorporated into the NAIC Market Regulation Handbook for the states to voluntarily use to determine if a company follows appropriate procedures with respect to the issuance and/or termination of worker compensation policies.

The committee adopted Property/Casualty (P/C) Travel Insurance Examination Standards, which will also be incorporated into the NAIC Market Regulation Handbook for the states to voluntarily use for conducting travel insurance company examinations. The standards are based upon on the NAIC Travel Insurance Model Act.

The committee adopted revisions to the NAIC State Licensing Handbook, which was revised to be consistent with established NAIC policy on producer licensing.

The committee adopted the 2019 Continuing Education Reciprocity (CER) Agreement, which will be  used to support the use of the CER Form through which CE providers are able to streamline the course-approval process in multiple states.

The NAIC adopted changes to the NAIC's Guideline for Stay on Termination of Netting Agreements and Qualified Financial Contracts (#1556). The proposed changes are intended to eliminate any misalignments between federal and state laws that could be an obstacle to achieving effective and orderly recovery and resolutions for U.S. insurance groups.

The NAIC approved a Request for Model Law Development related to the Group Capital Calculation and one for rebating from the Innovation and Technology Task Force.

The Financial Condition (E) Committee adopted a Salary update to the Financial Condition (E) Examiners Handbook, which retains the current methodology in the handbook used by a small number of states, but also creates a new methodology that is based upon ranges derived from a survey that was completed with the states about a year ago. That data will be updated on a periodic basis going forward.

The Financial Regulation Standards and Accreditation (F) Committee voted to award continued accreditation to the insurance departments of Connecticut, Massachusetts and New York. The committee also voted to accredit the U.S. Virgin Islands for the first time.

The committee adopted updates to the Reinsurance Ceded accreditation standard to encompass the 2019 revisions to the NAIC Credit for Reinsurance Model Law (#785) and Credit for Reinsurance Model Regulation (#786). The revisions to the models outline the requirements for companies to take credit for reinsurance when ceded to a Reciprocal Jurisdiction and are designed to incorporate the relevant provisions of the Covered Agreements entered into with the European Union and the United Kingdom. The committee agreed to an effective date of Sept. 1, 2022.

The NAIC adopted revisions to Part D: Primary Licensing, Redomestications and Change of Control of the Accreditation Standards and also elevated the role of Part D in determining a state's accredited status. These revisions will serve to enhance each state’s ability to rely on the work of other accredited states and emphasize the importance of the functions covered by Part D. Those functions encompass a review of primary licensure for new companies, Form A filings for mergers and acquisitions, and now with the revisions, redomestications.

The International Insurance Relations (G) Committee adopted the report of the ComFrame Development and Analysis (G) Working Group, which met prior to the Committee to discuss next steps for implementation of the Common Framework for the Supervision of Internationally Active Insurance Groups (ComFrame) and the monitoring period and to hear an update on the aggregation method process. With ComFrame now adopted by the International Association of Insurance Supervisors, the Working Group has fulfilled its mandate and will be dissolved, with related ongoing work related to ComFrame being taken up by the relevant working groups under the E Committee.

The Committee heard an update on key 2019 projects of the International Association of Insurance Supervisors (IAIS), including revised Insurance Core Principles (ICPs) and ComFrame, the holistic framework for systemic risk in the insurance sector, and the insurance capital standard (ICS) and monitoring period. While these key IAIS projects were finalized this year, work on implementation and further development will continue into 2020 and beyond. The committee will remain engaged on the next phases of these projects and benefit from ongoing input of state insurance regulators and interested parties.

Next, the committee heard an update on other international activities, focusing on the Organisation for Economic Co-operation and Development (OECD) and regional supervisory cooperation activities, including engagement with regulators in Europe, the Asia-Pacific region and Latin America, as well as the NAIC International Fellows Program.

Finally, the committee also heard an update on the 2019–2020 International Monetary Fund (IMF) Financial Sector Assessment Program (FSAP) of the U.S. financial regulatory system. Much of the work for the FSAP exercise for insurance was concentrated in Mission 1, which took place this fall. Mission 2 will take place in early 2020, with meetings both with the NAIC and several states. The IMF is expected to publish a technical note on insurance by the summer of 2020. 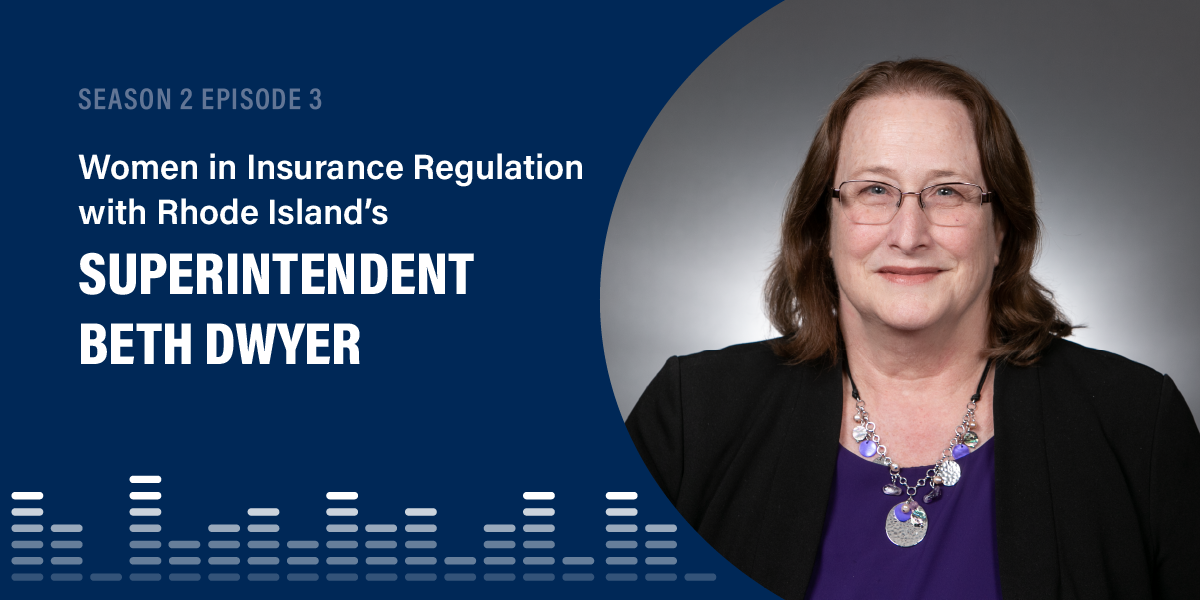