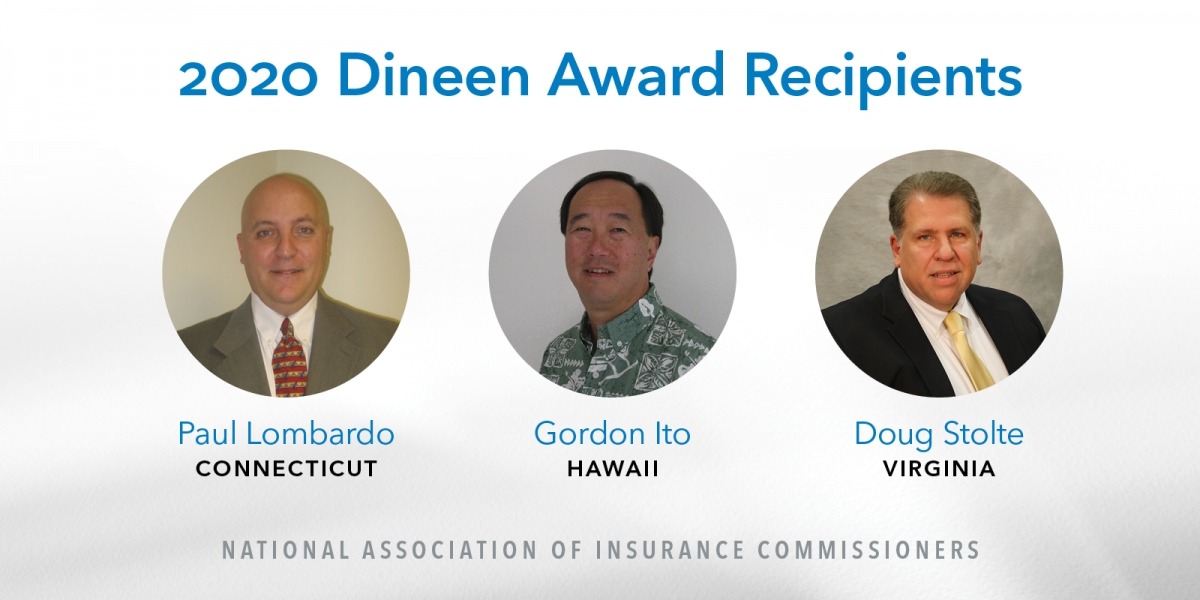 WASHINGTON (Dec.  7, 2020) — The National Association of Insurance Commissioners (NAIC) recognized three state regulators who have made significant contributions to state-based insurance regulation today during the Opening Session of its 2020 Fall National Meeting.

The NAIC presented each of the state department regulators with the Robert Dineen Award, an award established in June of 1989 for Outstanding Service and Contribution to the State Regulation of Insurance and named in honor of the founder of the NAIC’s Support and Services Office.

"These three regulators are committed to NAIC’s mission, and their decades of experience has helped shape the modernization of state-based regulation in their respective divisions,” said Ray Farmer, NAIC President and South Carolina Director of Insurance. “Their work has made an impact that will endure for years, upholding the objectives of the industry.”

Gordon I. Ito has worked for the Hawaii Insurance Division for more than 27 years and is currently in his second tour of being the division’s Chief Deputy. He previously has served as a Legal Analyst, Supervising Attorney, and was appointed by three Governors to serve as Insurance Commissioner. Ito was involved in the adoption of many of the NAIC’s Model Acts and Model Laws impacting Hawaii’s statutes and rules. Most notably, Ito has devoted his professional regulatory life to the increase and improvement of professional standards of insurance regulation in Hawaii.

Paul Lombardo joined the Connecticut Department of Insurance in 1997 as the Chief Actuary for the Life & Health Division. Lombardo served in that capacity until 2018 when he was named the Director of the Life & Health Division. Lombardo oversees a division responsible for reviewing all form and rate filings submitted to the department as well as implementing any changes that may have an impact on policy forms and premium rates. This role includes a thorough review and analysis of all state and federal legislation, including the Patient Protection and Affordable Care Act. In addition to his role, Lombardo stepped in to lead the sub-group on the Limited Long-Term Care Insurance Model, bringing the work of this group to completion, following the retirement of the former leader of the group.

Doug Stolte has been employed with Virginia’s Bureau’s Financial Regulation Division for more than 37 years. He was appointed to his current position as Deputy Commissioner in September of 1996. He supervises a staff of employees who monitor the financial condition of more than 1,400 companies licensed to transact the business of insurance in Virginia. Stolte is the current chair of the NAIC/AICPA working group and he has served on many of the NAIC’s financial regulation committees, sub-committees, task forces and working groups. Prior to his current role, Stolte served for five years as chief examiner. 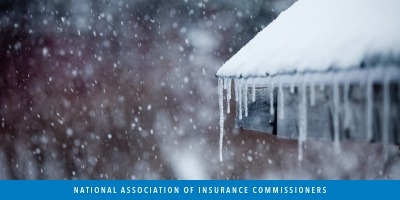 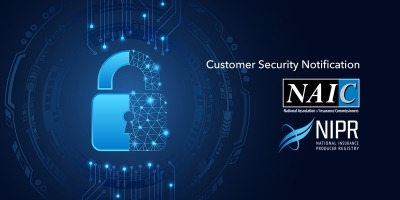