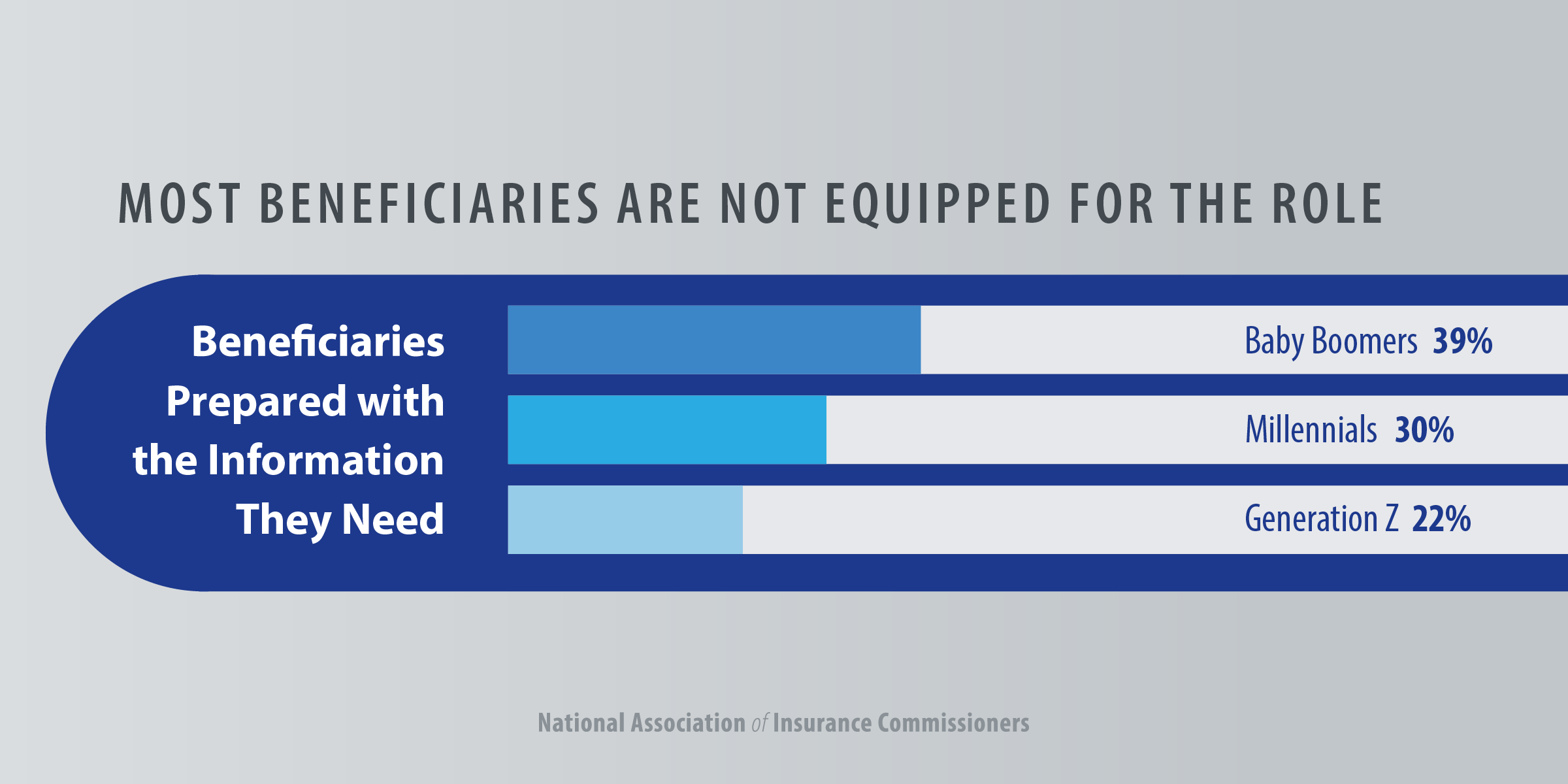 Washington (Jan. 28, 2020) — When it comes to receiving life insurance benefits after a friend or relative has died, most beneficiaries are unprepared, with Millennials and Gen Z among the least ready, according to a new survey by the National Association of Insurance Commissioners (NAIC). Every year, millions of dollars in life insurance benefits go unclaimed because beneficiaries are unaware of the coverage or don’t have basic information about the policies.

“There is a life insurance preparation gap, and it’s not the buyer who’s unprepared—it’s the beneficiary,” said Ray Farmer, NAIC President and Director of the South Carolina Department of Insurance. “There’s clearly a need for better communication between policy holders and beneficiaries, especially when that beneficiary is younger and less familiar with the process.”

Half of all those surveyed said they are listed as a beneficiary on a friend or relative’s life insurance policy. But some people don’t know about the policies at all. Overall 21% of Gen Zs and 20% of Millennials say they don’t know whether or not they’re named as a beneficiary.

“Knowing you’re the beneficiary is just the start. Information about the policy and coverage is important,” according to Farmer. “It’s helpful to think of it in three parts: who, what and where.  Who is the carrier? What is the benefit amount? Where is the policy stored? Having this basic information will save time and help to ensure the benefits are paid.”

When it comes to knowing basic policy information, there are generational differences. Just 23% of Gen Z beneficiaries know where the policy is kept compared to 29% of Millennials and 41% of Baby Boomers. But the majority of all respondents still lack other basic information. Less than a third of respondents (29%) know the name of the insurance company and only a quarter know the benefit amount.

As part of its role in educating consumers about insurance, the NAIC developed a Life Insurance Policy Locator tool which has helped consumers claim more than $765 million in benefits since its introduction in 2016. It’s free to use, available online and gives everyone in the United States access to insurer databases, eliminating the need to contact multiple companies or multiple agents to find a policy, or identify whether or not there is a policy. The tool conducts a search of all participating life insurance and annuity companies regardless of the prior state of residency of the deceased. Consumers can begin searches with little information, such as a certified death certificate. 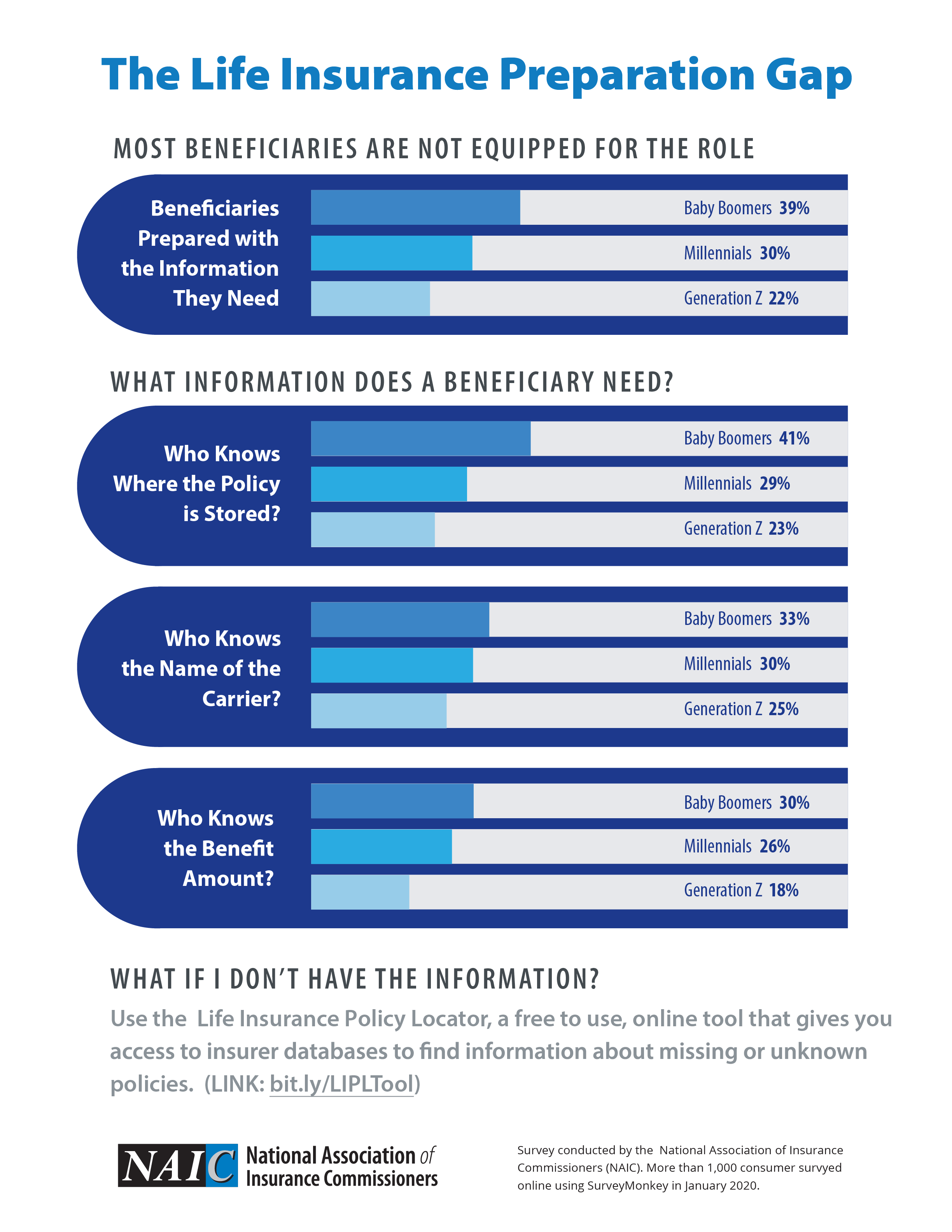