"AIG today is simply not the same company it was in 2008. I am pleased the Financial Stability Oversight Council finally recognized this with its recent decision to de-designate the firm. Going forward, we hope FSOC will work more closely with state insurance regulators to identify any perceived risks impacting the insurance sector. We stand committed to addressing any concerns regarding such activity where action is warranted."

"The rationale justifying FSOC's decision to de-designate AIG reflects a revised analytical approach that is more credible and suggests a more refined understanding of the sector and its regulation than we saw with its designation.  This recognition would be further bolstered if the state insurance regulator – the primary functional regulator for the sector – had a vote on the Council.  While I have concerns with certain characterizations in the revised analysis relating to insurance regulators' tools and the resolution processes, the Council's decision is a positive step. I applaud the decision and look forward to continued representation of state insurance regulators on the council."

"The decision to de-designate AIG should factor into the international designation process for global systemically important insurers. When a U.S. group is not considered systemic after a thorough domestic evaluation under FSOC, it is difficult to reconcile why it would remain systemic for international purposes. This development highlights the need for a fresh and candid look at the GSII process of the International Association of Insurance Supervisors and the Financial Stability Board." 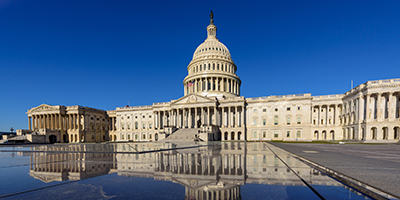