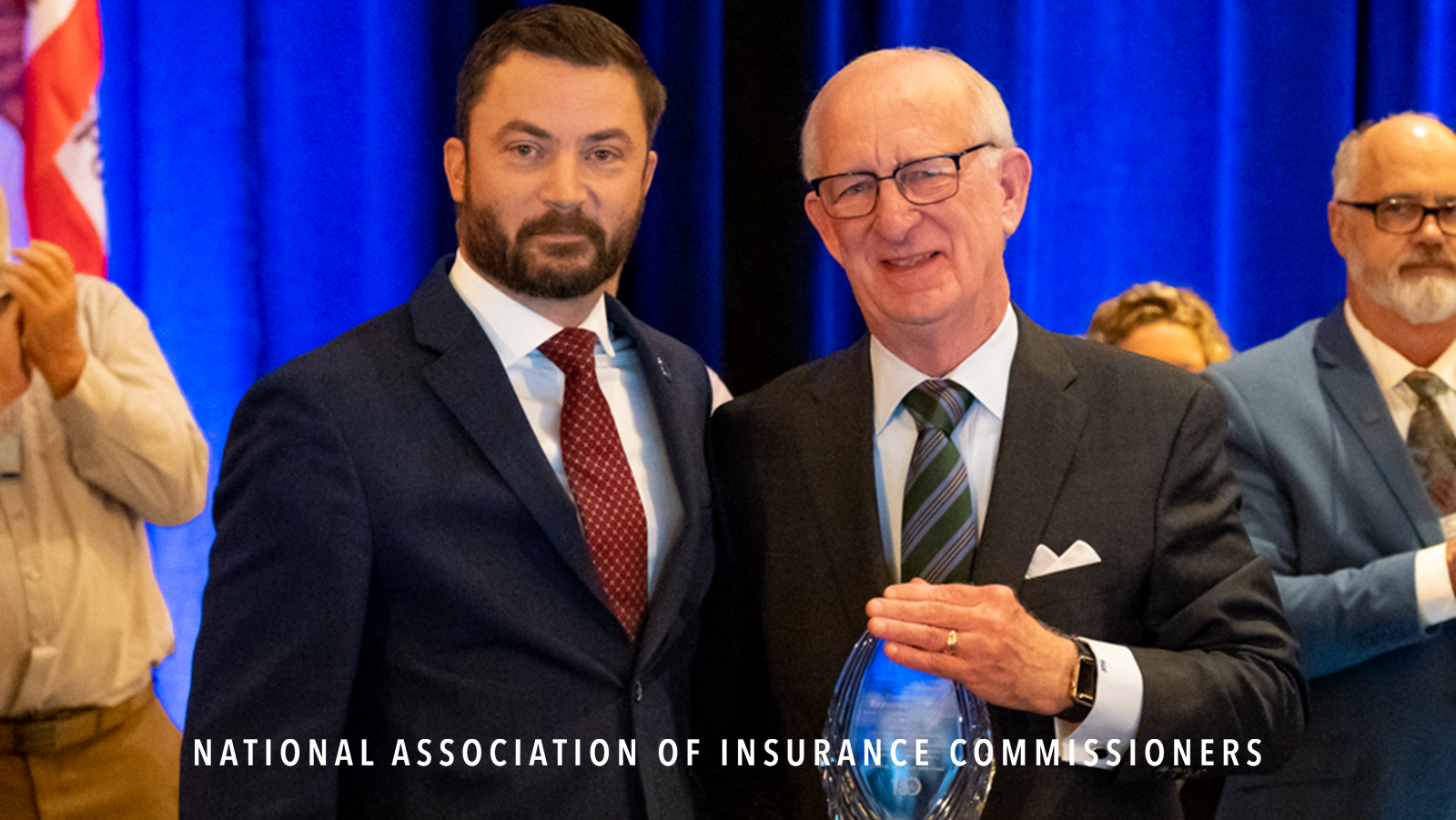 The President’s Award is given at the discretion of the current NAIC President and honors an NAIC member who has shown exemplary leadership; has a sustained length of industry service; and who has contributed to advancing the mission of the NAIC.

“Director Farmer has displayed exceptional leadership at the NAIC as he navigated the organization through a global pandemic, spearheaded the Special Committee on Race and Insurance, and served on the leadership teams for climate and resiliency, technology, data, privacy and cybersecurity task forces, as well as several other priority initiatives,” said NAIC President and Florida Insurance Commissioner, David Altmaier.

“It was the unanimous opinion of the NAIC officers that leadership examples such as the ones Director Farmer set for all of us and has displayed during his 53 years of industry service, are truly profiles in courage that should be memorialized well beyond handing out this award. Today, I proclaimed that the President’s Award be renamed the Raymond G. Farmer Award for Exceptional Leadership, and it is the award to be presented for exceptional NAIC Leadership from this day forward,” said Altmaier.