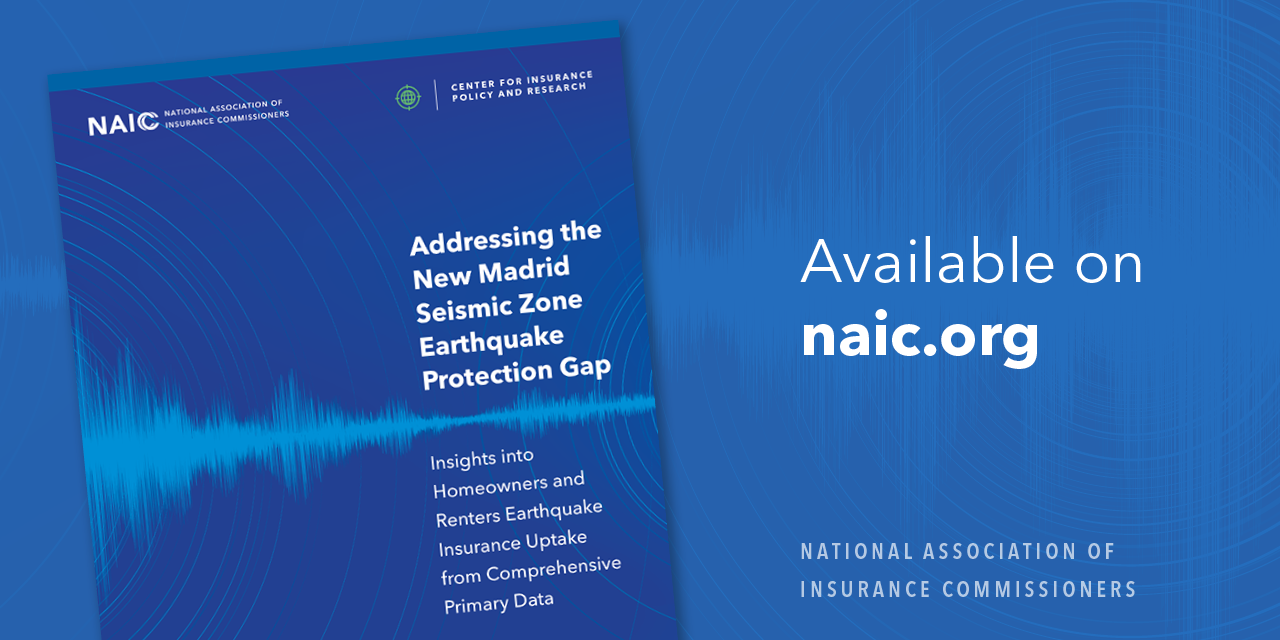 On Monday, the Missouri Department of Commerce and Insurance (DCI), the National Association of Insurance Commissioners’ (NAIC) Center for Insurance Policy and Research (CIPR), and the University of Missouri’s Disaster and Community Crisis Center announced the release of a new report addressing the New Madrid Seismic Zone earthquake protection gap and providing insights into homeowners and renters insurance uptake.

The New Madrid Seismic Zone (NMSZ), located in the central United States, is one of the most active earthquake zones in the country, averaging more than 200 small earthquakes per year. In 1811 and 1812, this zone produced some of the largest earthquakes in U.S. history, estimated at magnitudes 7.0-7.5. Several studies have projected what the losses would be if a similar magnitude earthquake event were to occur in the NMSZ region today, with estimates ranging from $110 to $290 billion in total insured losses.

Since 1974, a total of more than 4,000 earthquakes have been recorded in the NMSZ, and scientific experts estimate there is a 25 to 40 percent chance of another large magnitude earthquake occurring in the next 50 years.

Another key finding was that many homeowners were unaware that their standard insurance policy doesn’t cover damage and losses suffered from an earthquake. Missouri DCI is incorporating the findings of this study into its annual education and awareness campaign to give consumers more information to make critical decisions about their coverage and preparedness.